The Curiosities of History: You Can't Handle The Truth

The 23rd of February is a date of diverse resonance in publishing and creativity - not least because today Poison in Paris is available as an audiobook. Now read on.

“All that has been written to me about that marvellous man is true.”

23rd February is the notional date for the publication of the Gutenberg Bible in 1455, certainly one of the most significant moments not only in the history of publishing but in the whole history of human communication and knowledge (that’s to say, in some ways it’s more important than Poison in Paris), with “a profound effect on the history of the printed book”. It was an enterprise both more worthy and more successful than Gutenberg’s previous scheme making and selling metal mirrors to capture holy light from sacred relics - though his business partner did subsequently sue him for misusing the funds meant for printing the Bible. There are 21 complete copies known still to exist - more than 10% of the original print-run. (How many of the books on your shelf will still be around in five and half centuries’ time?)

“We can console ourselves that the good Lord God would know the position of the particles.” 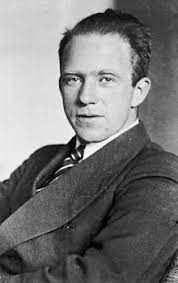 On February 23rd 1927, in a letter to a physicist colleague, Werner Heisenberg first described his ‘uncertainty principle’ - the inability to be accurate about both of a pair of physical qualities of an elementary particle: a milestone in physics and 20th Century scientific development, leading Albert Einstein successfully to nominate him for the Nobel Prize. Heisenberg was vilified and hindered in the Germany of the 1930s as a ‘White Jew’, inclining towards the more theoretical ‘Jewish physics’ advanced by men like Einstein. But it turned out that Heisenberg’s mum knew Heinrich Himmler’s mum, and the two ladies had a little chat and calmed things down. During the Second World War Heisenberg was a key player in Germany’s efforts to develop an atomic or nuclear weapon; when he lectured in Switzerland in 1944, an American agent was in the audience with orders to shoot him if he gave the impression that the German program was close to success.

By contrast, another 23rd February marked a principle of certainty. (We can debate whether the publication of the Bible is an assertion of certainty or the opposite.) On this day in 1898, Émile Zola was convicted of libel for publishing his open letter J'Accuse…!, accusing the French government and the French army of anti-semitism, wilful ignorance and spectacular incompetence in the Dreyfus affair: a different kind of historical fiction, a different kind of poison in Paris.

(Alright, that’s a bit more like our Poison in Paris.) Zola had published deliberately to provoke the libel trial, seeing it as the best way to draw wider attention to the blunders that had led to the identification of Alfred Dreyfus as responsible for leaking military secrets to the Germans, the forgery that reinforced his guilt, the deliberate suppression of evidence in his favour, the stubbornness that kept him imprisoned on Devil’s Island in the face of proof of his innocence, and the underlying and widespread anti-semitism that shaped the prosecution and conviction. (The Court had agreed that the difference between Dreyfus’s handwriting and the leaked document only proved his sneakiness in disguising it, and that the lack of physical evidence only proved he’d destroyed it.) Zola also named the real spy. After his conviction, Zola fled to England to avoid prison. Ironically, so did the real spy: Major Ferdinand Esterhazy died in Harpenden twenty-five years later.

More uncertainty surrounds a different February 23rd conspiracy. On this day in 1820, London magistrates smashed their way into a house in Cato Street and, after a scuffle in which one man was killed with a sword, made the first arrests of participants in a radical plot to murder the Prime Minister and his whole Cabinet. In the end, five of the Cato Street Conspirators were hanged (and their heads then cut off with a knife), and another five transported. Not only had the plot been prompted and encouraged by a police spy within the radical group, he’d entirely invented the dinner at which the assassination was to happen.

A reminder to be careful with invitations. On February 23rd 1903 the government of Cuba gave the United States government an indefinite lease on a congenial harbour on the south of the island to be used as a coaling station and naval base: a place called Guantánamo Bay. The Cuban government has been protesting the arrangement since the revolution of 1959, but legally can’t do much about it. The rent cheque - since 1974 a modest $4,085, something of a bargain for 45 square miles of Caribbean waterfront - is sent each year but never cashed. Among other things the site includes Cuba’s only McDonald’s, a KFC, a Pizza Hut, a bowling alley and a quasi-judicial camp for torture and detention without trial. Conspiracy theorists may note that the official list of Guantanamo commandants doesn’t include Colonel Nathan Jessup. 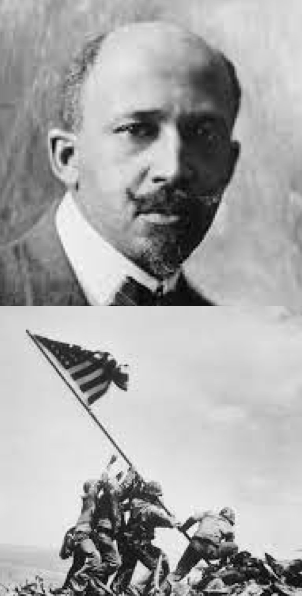 “I believe in pride of race and lineage and self; in pride of self so deep as to scorn injustice to other selves.”


If you like your anniversaries a little more heroic, February 23rd is also the day Abraham Lincoln arrived in Washington D.C. to assume the Presidency (travelling incognito because of the risk of assassination). And it was the birthday a few years later of civil rights activist (and many other things) W. E. B. Du Bois, whose 95 years ran from not long after the death of Lincoln to immediately before the 1963 Civil Rights Act. 23rd February saw the beginning of the siege of the Alamo, and the iconic raising of the American flag over the island of Iwo Jima.

Meanwhile, from the history of inaccurate public messaging: “You'll never make anything of yourself in the hotel business. It takes a special knack, a special flair, and it's only right that I tell you the truth—you haven't got it." Strong words - especially to the young César Ritz, who would go on to be arguably the greatest hotelier in history. He was born on this day. So was Samuel Pepys - indispensable source for a different era of London political scandal and lively living. And so - another creative London link, who managed more fireworks in the city than the wretched men of Cato Street - was Georg Friederich Händel.

“Whether I was in my body or out of my body as I wrote it I know not. God knows.”

“The reality we can put into words is never reality itself.” Werner Heisenberg may not have been a natural fan of light historical fiction. But if you are, or perhaps a friend, good news is that Poison in Paris is now available as a talking book: you can start listening right now, right here.

The Curiosities of History are shared periodically with those who’re interested. Get your fascinating friends signed up at www.robertwilton.com.