The Curiosities of History

… And what a bleak collection of curiosities they are today. Deaths natural and unnatural are our theme: but then a lot of that sort of thing went on, in history.

From poison in Paris to massacre at Montereau: this day in 1419, Duke John of Burgundy was assassinated during a parley with the French King’s son on a bridge across the River Seine. The Burgundy of ‘John the [perhaps too] Fearless’ was a wonder of the age: what had begun as a minor territorial token in French royal family politics became - through skillful and enduring leadership, vision, marriage, diplomacy, the chaos of the Hundred Years War and the relative weakness of the senior branch of the royal family - a powerful political force stretching through what is now northern France, Luxembourg and the Netherlands, and a centre of European culture. (There’s an argument that the emergence of this ever-mutating zone between France and what would become Germany defined a millennium of European conflict.) Anyway, John of Burgundy led one noble faction vying for influence in France, and in 1407 had arranged the assassination of the leader of the other. The latter were out for revenge, and uneasy at the idea of Burgundy reconciling with the royal family. On a pretext, Duke John was attacked with an axe and then stabbed to death. Burgundy tended to drift between England and France depending according to the needs of influence and wool supply, and the assassination led to a formal alliance with England - and thus Henry V temporarily gaining the French crown. A future (French) King of France was shown the murdered Duke’s skull, including ‘the hole through which the English entered France’.

10th September 1898 saw the assassination of the 60 year-old Empress Elisabeth of Austria. Known as Sisi, and renowned as one of the great beauties of Europe, she worked to maintain her beauty by extreme corseting and dieting; the preparation of her famous hair each morning was reckoned to take two or three hours. She suffered from depression, successive tragic deaths of children, a fairly atrocious-sounding mother-in-law, and the incessant pregnancies demanded by an Emperor desperate for a male heir. Despite the snootiness of the Habsburg court, and her ever-more frequent attempts to escape it, she was politically influential and hugely popular. On the same day 37 years later, populist Louisiana politician Huey Long - seen as the most serious rival to F. D. Roosevelt - was assassinated. 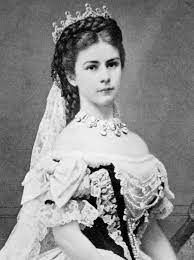 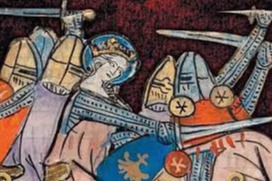 Matilda, Holy Roman Empress and her father Henry I’s chosen heir as ruler of England, died on 10th September 1167. Her cousin Stephen had the support of the Church and enough others to thwart her claim, and instead England collapsed into more than a decade of civil war: the Anarchy (which forms the backdrop to Ellis Peters’s Brother Cadfael historical mysteries). Matilda’s resilience and skill eventually secured the English throne for her son.

If anyone remembers Sir Richard Grenville any more, it’s through Tennyson’s poem celebrating his heroic 10th September death in battle against the Spanish (‘I have fought for Queen and Faith like a valiant man and true;  I have only done my duty as a man is bound to do’). However fine in poetry, in practice Grenville was wild: by the age of 20 he’d been outlawed for manslaughter; his colonial expansions in Ireland prompted a terribly violent reaction; and his involvement in the New World colonization roused criticism of his ‘intolerable pride and insatiable ambition’. In the 1570s he proposed to Elizabeth I a one-ship privateering expedition to attack Spanish treasure galleons and sail westwards across the Pacific. This was refused for diplomatic reasons, and Francis Drake got the gig a year later; Grenville never forgave him. He at last got his chance for glory in 1591, when an English fleet in the Azores was surprised by a much larger Spanish one. Declaring he 'would rather chose to die than to dishonour himselfe’, Grenville enabled his compatriots to escape by engaging a 50-strong Spanish fleet with his solitary Revenge. Badly wounded, ship devastated, he ordered his crew to sink it. They decided they could after all tolerate a little dishonour, and surrendered instead. Their captain died of his wounds a couple of days later, screaming to the last that his men were ‘traitors and dogs’. 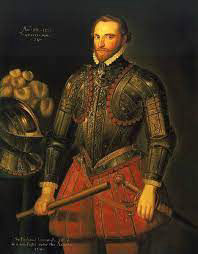 In other piratical news, 10th September 1573 saw the judicial beheading in Hamburg of the notorious German pirate Klein Henszlein and 33 of his crew. Ironically, this date was also the start of the 1937 Nyon Conference on piracy in the Mediterranean. Nothing to do with skulls & crossbones: it was widely understood that Italian submarines were responsible for many of the attacks on international ships supposedly preventing arms reaching the two sides in the Spanish Civil War, but it would have been ungentlemanly to mention this, and unwise when the whole point of the conference was the further appeasement of Mussolini. The conference did reduce the attacks on international ships, but did nothing to stop the flow of supplies into the Civil War or to change its balance of power.

This day was also the last of another great lost cause: on 10th September 1676, Gerrard Winstanley returned to the earth which he had so honoured. In the tumult of new ideas unleashed by the British Civil Wars, Winstanley was first a Leveller - the political radicals seeing a truer equality in politics and government. Winstanley then attracted his own followers: they called themselves the True Levellers, but history knows them as the Diggers. They followed Winstanley’s belief that ‘the Earth [is] a Common Treasury, to preserve Beasts, Birds, Fishes, and Man, the lord that was to govern this Creation’, and cultivated vacant or common land and distributed the food it provided to anyone who helped. The nearby landowners whose whole social and economic system was being challenged had the Diggers driven off, but Winstanley had conjured precociously powerful insights: the Levellers’ ideas would only begin to be addressed in British politics in the 19th Century; the Diggers’ approach to land, ownership and the environment is only beginning to be explored in the 21st.

10th September 1547 saw the Battle of Pinkie, when a relatively modern English Army devastated a Scottish force. It followed the so-called Rough Wooing, when Henry VIII was trying to marry his son Edward to the infant Mary Queen of Scots. Persuasion having failed, the king - never a fan of the over-subtle approach to marital relations - invaded Scotland. The English forces at Pinkie, a couple of miles east of Edinburgh, were better-equipped and skillfully co-ordinated. Several thousand Scots were killed in attacks from artillery, archers, cavalry and warships anchored in the Firth of Forth. But Mary was smuggled out of Scotland and married to the French king’s son instead, thwarting England’s aim and shaping the subsequent decades of psychodrama between the two neighbours.

that are better than knowing

but not for its answers.’